José Blasco received an MSc (1994) and PhD in Computer Science at Universitat Politècnica de València (2001). He worked at IBM Spain my best paper writing service as system analyst before customwritings he joined at the Public Research Institute for IVIA (Spain) in 1996. Since then, he is the manager of the Computer Vision Lab at the Agricultural Engineering Centre of IVIA and the current Chair of the CIGR Working Group on Image Analysis for Agricultural Products and Processes. His fields of interest are focused on computer vision, real-time inspection and monitoring applications for agricultural engineering and precision agriculture, having published more than 35 articles in peer reviewed journals with impact factor, more than 100 contributions to congresses and conferences, several book chapters and technical publications, and contributed to several patents.

Martin Mellado received the B.Eng. in Computer Science from Universitat Politècnica de València (UPV), Spain in 1987, the MSc degree in Computer Aided Engineering from the School of Mechanical Engineering, Cranfield Institute of Technology, UK in 1989 and the PhD degree in Computer Engineering in UPV in 1996. Since 1989 he is Professor at UPV and develops his research in the Instituto de Automática e Informática Industrial in UPV. His current research interests are in the area of Food Inspection and Grasping and in the field of Humanoid Robotics. He has leaded more than 25 R&D projects, including 12 during last years on food manipulation, with both public funding and contracts with private enterprises. Dr. Mellado has been awarded with some national and international academic prizes. 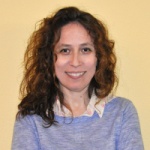 Nuria Aleixos received a Bachelor (1992) and Ph.D (1999) degrees in Computer Science at Universitat Politècnica de València, and received an award for her Ph.D. She worked for three years for private companies developing solutions for commercial CAD systems and software for calculation of structures, and worked for two years at the Public Research Institute IVIA developing machine vision systems for automatic fruit inspection. She also worked for ten years at University Jaume I of Castellón, and currently is a Professor of Engineering Graphics and CAD with the Engineering Design Department at Polytechnic University of Valencia. Her current areas of interest are focused on computer vision systems, image analysis, automatic food inspection, multi-agent systems, sketch recognition/natural interfaces, and app development for mobile devices.

María José Frutos received her B.Sc. in Biological Sciences from University of Murcia (UMU, Spain) in 1989 and her PhD in Biology from UMU in 1989. She worked as Assistant Professor in Food Safety and quality at Universitat Politècnica de València from 1995 and joined the Universidad Miguel Hernández (UMH, Spain) in 1997 where she works as Associate Professor since 2004. She is currently the deputy manager of the High Polytechnic School of Orihuela (UMH) and is a member of the research group “Food Quality and Safety” in the Agro-Food Technology Department. She has been appointed as member of the Scientific Panel on Additives and Nutrient Sources Added to Food (ANS) of the European Food Safety Authority (EFSA) for the period 2014-2017. Her main fields of interest are the research on new sources of bioactive ingredients, and the characterization of physico-chemical and sensory properties of vegetable products. 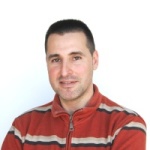 Sergio Cubero obtained a ‘Computer Engineering’ (2006) at Universitat Jaume I de Castelló (Spain), a Master’s Degree in ‘Integrated Computer-Aided Design and Manufacturing’ (2010) and a PhD in ‘Design, Manufacturing and Industrial Project Management’ (2012) at Universitat Politècnica de València. Since 2002 he has working at the Public Research Institute IVIA (Spain) in Computer Vision Lab at the Agricultural Engineering Centre and he also worked in Research Centre of Vine-and- Wine-related Science at La Rioja University (Spain). His fields of interest are focused on computer vision systems, mainly in design and implementation of real-time machinery and software development applied to both processed and unprocessed fruit and in-field inspection. He has published more than 10 articles in peer reviewed journals with impact factor and contributed to several patents, congresses, conferences and publications in divulgation journals.

Coral Ortiz received the B.Eng. in Agricultural Engineering from Universidad Politécnica de Madrid (UPM, Spain) in 1996 and the PhD degree in Agricultural Engineering from UPM in 2000. She worked as Assistant Professor at the UPM for three years in the rural engineering area and collaborated with the KU Leuven (Belgium) and the Public Research Institute IVIA (Spain). Since 2000 she has worked as an Associate Professor in the Rural and Agri-food Engineering Department at the Universitat Politècnica de València (UPV). She is currently carrying out research in harvest and postharvest machinery, and in physical properties of fresh fruit and vegetables related to mechanical handling during harvest and postharvest operations. 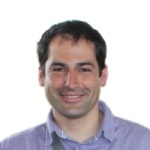 José Antonio Hernández Herrero received his MSc in Agricultural Engineering at Universitat Politècnica de València (2000). He was Lecturer (2004-2005) and currently Assistant Professor at the Agro-Food Technology Department of the Miguel Hernández University (UMH) since 2006. His main research interests are the study of phenolic compounds and the effect of storage and processing on vegetable physico-chemical and sensory attributes. He has several articles in peer reviewed journals and has participated in international projects and conferences in the field. 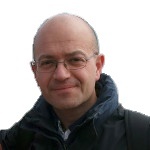 F. Albert received an MSc degree in CAD (2000) and Ph.D degree in Computer Science (2007) at Universitat Politècnica de València. He is an Associate Professor with the Engineering Design Department at Polytechnic University of Valencia. His fields of interest are focused on computer vision, image analysis, pattern recognition, wallpaper groups, sketch recognition and natural interfaces, and development of spatial abilities using new technologies.

Angel Valera received the B.Eng. in Computer Science in 1988, the M.Sc Degree in Computer Science in 1990, and his Ph.D. in Control Engineering in 1998 from the Universidad Politécnica de Valencia (UPV), Spain. Since 1989 he is with the Department of Systems Engineering and Control (DISA) staff of the UPV, where he has worked as an Assistant Professor, an Associate Professor and as a Full Professor. He wrote 4 books of Control Systems and CAD/CAM systems. He has 30 papers edited in journals and books chapters and he is co-author of more than 100 technical papers in national and international conferences. He participated in more than 40 research projects and more than 10 I+D projects, being the project coordinator in seven of them. His current research interests are robot control, industrial robotics, force control and digital control systems. 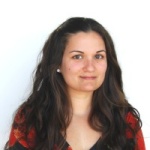 Delia Lorente Garrido received her MSc in Electronics Engineering at Universitat de València (2009). She also received a Master Degree in Electronics Engineering at University of Valencia (2011). She is now a PhD student at the Agro-engineering Centre at the Valencian Institute for Agricultural Research with a predoctoral grant. Her research interests include machine learning, machine vision, image analysis, automatic inspection and hyperspectral imaging applied to agriculture.

Carlos Blanes received the B.Eng. in Mechanical Engineering from Universidad Politécnica de Madrid (UPM, 1999), the MSc degree in Materials and Mechanical Engineering from Universitat Politècnica de València (UPV, 2009). He worked for one year designing machines of foundations, more than five years in automotive sector as Manufacturing Engineer and currently he is researcher, since 2006, at Instituto de Automática e Informática Industrial in the UPV. His current area of interest is in the design of robot grippers for handling and grading food at the same time. He is focused on the development of compliant and underactuated mechanisms, the use of jamming fluids and the application of inertial sensors to classify food by its firmness. He has participated in several R&D projects in this field and published papers in international journals and conferences.

Luis Noguera Artiaga received his MSc in Food Science and Technology at Miguel Hernández University (2014). He also received an award of Academic Excellence by Miguel Hernández University. He is a phD student at the Agro-Food Technology Department where he develops his research activity in the “Food Quality and Safety” research group. His main research interests are in the field of Food Sensory Analysis.

Francisco Burló Carbonell received the BSc in Chemistry from Universidad de Alicante (UA) in 1980 and a phD in Chemistry in 1987. He has been Assistant Professor in the Agrochemistry department of the UA between 1987 and 1997. Since 1997 he is Associate professor in the Agro-food Technology Department of the Universidad Miguel Hernández (UMH). He has participated in more than 20 research projects and has published 53 research papers in peer reviewed JCR journals, and 26 book chapters. He is member of the Food Quality and Safety Research Group of the UMH.

Carlos Ricolfe-Viala worked one year in 1999 at the University of Ulm (Germany) as research engineer on computer vision. He received the M.S. degree in 2000 in Electronics and Automatic Control Engineering in the “Universitat Politècnica de València”. In 2006, he obtained his Ph.D. degree on computer vision and its applications. Now he has worked as a lecturer and research scientist in this university since 2000. His research interests are in image processing and computer vision, especially in motion estimation, feature detection and matching, camera calibration, 3D computer vision and intelligent system robot. He also cooperates with the “Instituto de Automatica e Informatica Industrial” (ai2) of Valencia.

Antonio-Jose Sanchez-Salmeron received the B.Eng. degree in computer science degree, M.Sc. degree in CAD/CAM/CIM, and the Ph.D. degree in computer science in 1992, 1999, and 2001, respectively. He is currently an Associate Professor with the Departamento de Ingenieria de Sistemas y Automatica, Universitat Politècnica de València, Valencia, Spain, where he is with the Robotics Research Group, Instituto de Automática e Informática Industrial. His current research interests include artificial vision and robotics.